I Was a Dry Drunk

I Was a Dry Drunk

Recovering from Addiction is easy, just quit, its how a majority of people do it. Of the estimated 14 million adult Americans who are deemed Alcoholic, less then 10 percent of them will be seeking help at any given time. Of those 10 percent, 70 percent won’t achieve lasting sobriety. Seventy percent of those who achieve sobriety in A.A. will relapse in five years. The relapse rate for one year are even higher. With this being said its safe to say that there are a lot of Dry Drunks walking among us, and for ten years I was one of them,. I want to tell you what that experience taught me.

What is a Dry Drunk

In doing research for this article I was struck about what I found when I Googled, Dry Drunk, every entry on the first page of Google was written by a Treatment Center, and I found the information to be either misleading, confusing or just plain wrong. In a lot of cases they just describe the symptoms that cause people to seek relief in the first place. A rehash of the reasons a person is driven to drink, not an explanation of what a Dry Drunk is. And in every post there is the underlying suspicion that what the article’s real intent is to sell you something.

So let me make this simple for everybody, a Dry Drunk is a person who attempts to get and stay sober without the help of a program. A “lone wolf”, convinced that a program has nothing to offer and that through sheer self will alone, they can beat this affliction of Mind and Body, commonly called an Addiction. That’s why you see a majority of people who have quit on their own and are supposedly “sober” are still not happy or satisfied with their lives. They are under the illusion, that just quitting their drug of choice is sufficient for recovery from a hopeless state of mind and body. Because they don’t know what they don’t know, they are unaware that the drug only masks, the real problem.

Thinking and Behaving Alcoholically without Drinking

Not being able to understand specifically, the first three steps of the 12 Step program, I decided that I could be a lone wolf and recover on my own. Though my life got better on a materialistic level, I didn’t get better. As a matter of fact, mentally and spiritually I got worse. I remained stuck in the “Bondage of Self”. Even without using, my drug of choice, I was constantly finding myself thinking and behaving alcoholically.

Simply quitting without looking into the causes of why your an Addict, is like an Ostrich burying its head in the sand, it might make you feel better, but its going to help you. At this point I didn’t even have a concept of the term “Bondage of Self”, and that’s a real big problem.

If your convinced you want to recover on your own, that’s fine millions have done it. We are all alone with our thoughts, and it’s by going inside your thoughts, that you can begin to fix, why you think the way you do. A.A. stresses that recovery is outside ourselves, that we are powerless, and that only through turning our life and our will over to a Higher Power can we hope to be healed. Lack of Power was my dilemma, and as long as I continued to believe in powerlessness I would be powerless. Our lives are the effect of our thinking, we must go inside, not outside ourselves. For its the beliefs, we hold inside, that have created our life outside.

You need to start your journey, for long term recovery and sobriety, by doing more than just quitting the drug. We need to get into the causes. Today its easier than its ever been to find people that have made the journey your embarking on. Realizing that our journey is not unique and that there are many ways in which you can reach our destination. But the journey, to any destination, takes action.

What Happens if you Do No Work

When I quit, I thought, that would be enough. What I found instead was that my dis-empowering beliefs only used my quitting to become stronger. Where I had been critical and judgmental of others who didn’t drink like me before, well now it included everyone. Looking down my nose, with contempt and disdain, “look I quit, why can’t you?”. Constantly watching each and every drink anyone took, sensitive to the slightest change in personality, judging peoples outsides by my insides. Feeling angry but superior at the same time.

Everyone of my character defects were being reinforced by my abstention. I developed a whole new level of martyrdom. Instead of feeling “less than” I constantly felt “more than”. Hyper sensitive and critical at the same time. Impatient with others, constantly complaining and lying the whole time about how I really felt. These habitual thoughts became my constant companions and I almost came to welcome them, like old friends.

Recovery Based on an Illusion

Unfocused will power is as damaging as no will power. To live in the “Bondage of Self” constantly feeding and congratulating my ego (my false self) about how strong and superior I was, to be able to quit on my own, with no help and without doing any work. A recovery based on illusion.

Living in this illusion for years, eventually lead to the creation of another illusion. Slowly with the help of my ego I began to convince my unconscious mind that I wasn’t even an Addict. That it had all been a mistake. Because of my unwillingness to do any work, to even attempt to look for the root causes of my irritability and discontent, my recovery was based on a foundation of sand.

How Much Work Does it Take

In the 30s low bottom drunks were taken through the steps in a matter of days, today that would seem to be impossible. The reason I bring this up, is that the work, of uncovering the root causes, of an addiction, don’t have to take a lifetime. Finding quality sobriety doesn’t have to entail going to meetings for the rest of your life. What it does entail, is a willingness to understand that its our beliefs about the Universe and ourselves, that are the root cause of our thinking. It’s empowering to believe we have the capacity to become unconsciously competent, to have the ability, to know what we know. To believe differently is dis-empowering, and creates a lack of power. 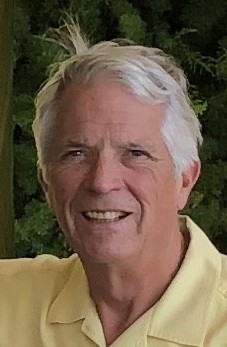