LEADING CAUSE OF PREVENTABLE DISEASES

The Centers for Disease Control and Prevention (CDC) reports that 70% of the $3.5 trillion America spends on healthcare goes toward preventable diseases. And the leading cause of preventable diseases is obesity, which has been associated with increased risk for Type 2 diabetes and other chronic conditions, which in turn is the catalyst for everything that goes wrong. The CDC concludes that more than two-thirds of American adults, aged 20 and older, are simply too fat. Approximately one-third of Americans are a healthy weight, one-third are overweight, and one-third are obese.

The bottom line is that the big solution lies in getting people to understand why they are overweight and what causes obesity, it is not a matter of just over eating. One has to wonder if the root cause of the healthcare problem is just bad leadership. America seems to be simply agreeing to pay for healthcare for people who have made themselves sick.

If one-third of overweight Americans became fit, so that two-thirds were healthy, problem solved. Fixing obesity would nearly eradicate Type 2 diabetes. And fixing obesity would free up significantly more money than the current tax proposals would dredge out of American pockets. There is no single act of leadership that has bigger money implications than simply doubling the number of fit Americans.

Significantly reducing the percentage of obese Americans would save multiple times more taxpayer money than pulling all U.S. troops out of both Iraq and Afghanistan.

Americans are confused and while experts tell us that obesity is a self-inflicted condition, new research is starting to uncover that out ability to restrict out calories and control out hunger is actually out of out control. That we are at the mercy of a chemical system that cunningly influences how much we eat.

The Cannabinoid System explains why some people have more problems with obesity than others. Cannabinoids are hormones made from Omega-6 fatty acids, primarily in the liver and kidney. Essentially Cannabinoids hinder the ability of insulin to push sugar into cells, so we don’t burn the sugar, we end up insulin resistant.

Cannabinoids do this by blocking a substance called Adiponectin, produced by fat cells, which normally allow muscle to use carbs and fats effectively. This explains why some people gain weight and others burn calories more readily. This also explains why some are often hungrier when they get fatter, since a brain that doesn’t have sugar pushed into it still senses hunger.

Experts are starting to realize that the biological basis for food cravings and binges is that out Cannabinoid System creates uncontrollable urges that drive people to foods with a bias for fats and sugars. Cannabinoids also stimulate the liver to make more fat, which causes out Triglyceride and LDL levels to become elevated, another risk factor for high blood pressure, Diabetes and Heart Disease and they stimulate the brain to increase food intake, which leads to abnormal obesity, which leads to insulin resistance and glucose intolerance.

Cannabinoids also stimulate out system to store fat in the Omentum, a fat storing organ around the stomach. The Omentum also soaks up excess steroids released during stress and these steroids actually help the Omentum fat cells to bulk up even more.

WHY WE FEEL HUNGRY

Cannabinoids have some influence over the different signals that out brain gets to eat. Some come from the stomach but most come from hormonal regulators in the brain, that influence how other hormones work and how fast we feel hungry.

Valentus Coffee is a logical solution to a weight management program. Formulated with natural appetite suppressants, feel good ingredients, detox components and powered by VASO6 Tm, a patented Nitric Oxide, and an Antioxidant booster for optimum circulation and oxygen delivery. Designed to crush your cravings and promote brain health.

Visit the link below to find out more about this ground breaking product. 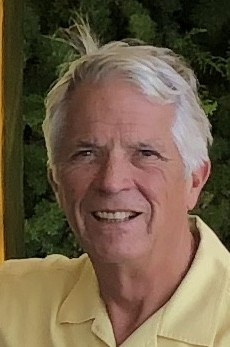