Why are so many delivering food for Grubhub or Postmates?

Or is it because:

While Boomers should be given credit for saving the American Economy by bringing it internet technology, it must also be noted that the Boomer Generation has also been the most abused by the same internet.

They were the first generation that could only get a job by filling out on-line applications, for a lot of Boomers they were forced to get computers and fax machines and copiers simply to be able to do a job application. But after sending hundreds of on-line applications it started to become clear that nobody was even bothering to read most of them.

Taking away the face to face component to a job search has dehumanized this once democratic process. It has allowed companies to engage in wide spread discrimination, while giving applicants nothing but false hope. The job search process of today, is only a funnel for companies to sell desperate job seekers products like resume builders or technical education.

Over promised and under delivered

Because they were the first generation, to be marketed by the internet, they were over promised and under delivered on a wide variety of internet startups. This was before plug and play, so they had to plod their way through things like DOS and all kinds of initial applications that were not only not user-friendly but in a lot of cases didn’t work at all. You had to become an expert in order to run an application.

Wild West of the Internet

Problems with dial up modems and not having enough RAM were rampant. With the rise of unregulated Networking companies and tech services the stage was set for abuses They suffered horribly, at the hands of unscrupulous networkers, who sold only pyramid schemes and no product, Attorney Generals, even today are still finding abuses and scams Nationwide, and are still trying to establish consistent ground rules. The Telecom and AOL fiascoes only added to the confusion.

No Wonder so Many have Checked Out

While rapid technological advancement powered our economy to new heights, the abuses and growing pains were felt by the Boomers more than any other generation. It’s not surprising that so many Boomers have basically checked out. But if the best part of your life is in the past, something is out of whack.

It’s supposed to be as we get older we become more competent, not less. Life is supposed to get better, because we are supposed to be better at it. Studies show that 1/3 of Americans are dissatisfied with their lives. I think the ratio is higher with Boomers. Because of being burned countless times, the Boomers suffer from a paralysis of analysis

How Our Minds Work

Mel Robbins, the motivational speaker and life coach, has talked extensively about how our minds work. According to research she says that the human mind has the following characteristics:

It’s About the Decisions We Make

She goes on to say that we are one decision away from a totally different life. That life comes down to decisions, change a decision change your life. It’s all about how we respond to the shame of failure. Blame is a decision we make, checking out is a decision we make. She says we are trapped in a knowledge/action gap. That worry and self-doubt are habits we have formed over time.

Worry comes because we are afraid of something happening,it can be eliminated by converting it to excitement that something is going to happen, our bodies don’t know the difference. Everybody struggles with self-doubt, successful people have learned how to overcome those thoughts.

Stop Thinking So Much

Help Others To Help Yourself

Instead of being safe and comfortable driving for Uber, find a product or service that can help people, live better lives. By helping others, you will help yourself.

Interested in learning how to build your own Website and start earning money Blogging? Check out the site below, it’s free. 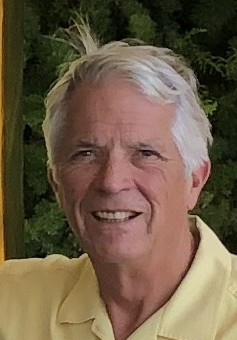