Why The Baby Boom Generation Should Be Regarded As The Greatest

Why The Baby Boom Generation Should Be Regarded As The Greatest

It Was an Economic War

It’s true that Greatest Generation won WWII, by beating the Japanese and Germans, but they had a lot of Allied help

Generation saved America a second time, by beating the same foes, Japan and Germany in an economic war, that determined the leadership of the free world, up to this day, without Allied help.

It was this unexpected 30 year economic boom, that shot America to a 25% share of the World’s economy, that saved the Republic almost as much in its own way as did winning WWII. Fifty years ago economists, both liberal and conservative predicted that America would lose it”s global GNP lead. They predicted that our GNP would continue to experience slow growth and eventually be taken over by either Japan or Germany.

We Were Considered Underdogs

America was such an underdog that it”s 30 year economic victory is one of our generations greatest achievements. Yet you don’t read, see, or hear about this anywhere. This war for economic supremacy was one of the most important wars America has ever fought., in its 250 year history.

Nobody Covered or Recorded it

This economic war between 1970 and 2000, a war between the United States, Japan and Germany was the war nobody covered or recorded. The Baby Boom Generation fought and won it. They commercialized internet technology-based everything, creating untold numbers of new business models and exposing them everywhere. It was the Boomers entrepreneurship and innovation, that nobody predicted, that created millions of small, medium and large companies.

The Economists Were Wrong

What made the classical economists predictions wrong was that their formulas and algorithms were limited, based on what had happened in the past. They didn’t take into consideration where the technological advancements combined with the entreprenraulship of the Boomers, and how we were able to utilize this internet technology, to create an historic 30-year run of GNP and job growth.

It Was A Transformational Event

During this time America didn’t fall into stagnation and low growth as was so widely predicted, but grew our GNP bigger than Japan and Germany combined, which solidified our status as leader of the free world. What is the likelihood of another unpredictable transformational event, that saved America 20 years ago, happening again.

The Boomer Generation is the greatest and should start being recognized as such.

Want to learn how to build your own Website and get paid to blogg? Click the link below it’s free.

As always, thanks for visiting, Dave 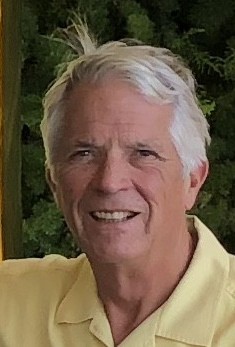